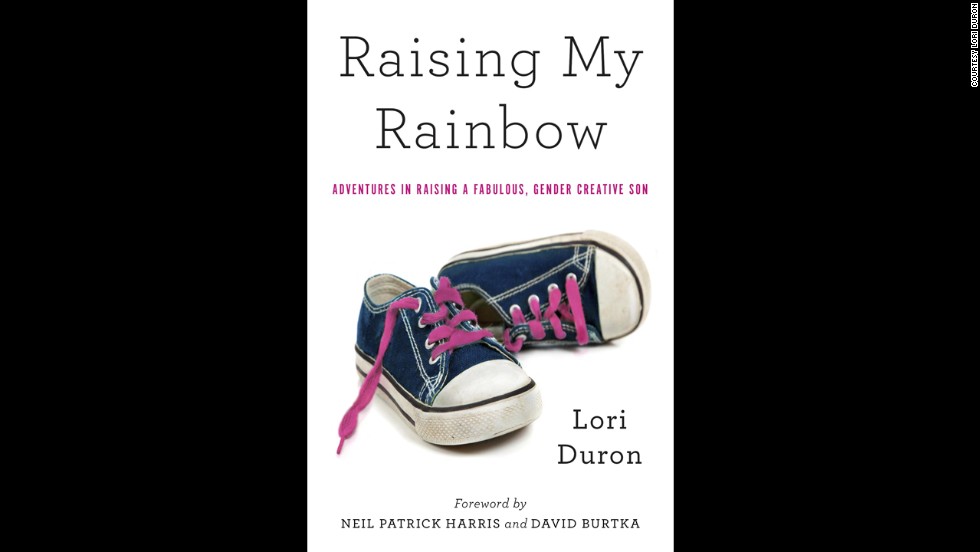 Definitely parents. I listened to the audiobook which was read by its author, Lori Duron. She started the blog when she discovered in her extensive Google search that there was no information out there about pre-school boys who preferred all things girly. They sniff out the smallest scent of fear and strike. When there is no fear, those people lose their power. Their power goes back to the rightful owner. And then what would happen? And then what would happen: We would deal with it. This was kind of a difficult challenge because it was hard to get both of her eyes to look the same.


I finished off the eyes with a light coat of mascara. I think she slayed it. He proudly showed off a photo of Emma sporting a very very very healthy dose of sparkly makeup. Matt and I really never know what C. We were surprised and amused. We looked around to see the reactions of the other people who were listening. There were polite smiles and some active-listening nods.

I made a unicorn puppet. My puppet is a fierce girl unicorn who just got back from DragCon. Her body is made out of poster board and is gleaming white, acne free and is shining like a diamond. Her mane and tail are made of rainbow yarn that reminds me of a cup of rainbow noodles. Matt and I were trying not to laugh. I was biting my lip and Matt was pretending to stifle a cough. Other attendee were looking at each other and whispering. We smiled at C. I sewed a small bag or purse.

My small bag or purse is more like a small evening bag. I used a hot pink leopard print fabric and black thread.

This bag was supposed to look like something a Hollywood star would use — maybe even to go to the Oscars! Who knows?! This bag looks like a bag that is ready to party! At the end of each challenge description, Matt and I instinctively looked around to see the reactions of the other attendees. Or, making a puppet that just got back from DragCon? But, on that night, I was looking around for positive reactions.

I was looking around to see if there was anyone present who was amused, entertained and appreciative of my son — who was the only one in his class to the do the makeup and sewing challenges, while most of his male peers did something Minecraft-related. I only cared to see the people who thought he was different, colorful and quirky. And, we found some new allies. Thank goodness my eyes and heart had been looking for the right kind of people, or else I would have missed them.

I realized that when we stop looking around to find our adversaries, we finally have a chance to look around and find our allies. Every year, Sephora brings its US store leaders together in Vegas for a week of inspiration, celebration and development. And, remember, fearless is the new flawless.

Sometimes both feel true. A hot, inextinguishable, shit-smelling dumpster fire. When things get hard, when they are complicated, I get quiet.

I curl inward. It means they are working overtime. That may not be a bad thing or a good thing. And things change us. We ended the school year emotionally exhausted, but thankful. Thankful for C. There are lots of parents and guardians. When I write negatively about the school — say, a PTA meeting during which homophobic and transphobic remarks were made — the moms from school swarm me. They post to my social media platforms and theirs. They seek me out at school. They want to meet off campus to talk. They give me dirty looks and refuse to acknowledge me. They call me a liar even though I fact checked my work with two sources — one was the principal.

When I wro te about my son being verbally and physically bullied at school, all of those concerned moms went silent. I wonder where they went. But, one mom saw my Instagram posts about C. I could feel her heart hurting with mine. She is good, kind, warm, caring and loving. She said her daughter would wait for C. She told me where C. She helped her daughter make a list of conversation starters in case she and C.

She told me her daughter would play handball with C. Her daughter readied her friends to accept C. He also felt foolish because he knew that she felt sorry for him. In the end, he went with her. They played tetherball.

They talked about makeup. They never found an awkward silence. That one mom checked on C. But, that one mom, she was enough. It seemed long and languid before us. When we flipped the calendar to August, we saw the first day of school and a bit of dread fluttered within our family.

We caught a faint whiff of that dumpster fire. I curled inward a half a rotation.

I thought of that one mom and instantly felt hopeful, thankful and comforted. Sometimes one mom is all it takes.

Sometimes one person is all it takes. Never fail to be that person for someone else. And, never get so jaded by a back alley dumpster fire of a year that you forget to be thankful. Raising My Rainbow Adventures in raising a fabulously gender creative son. Skip to content. We eased into the new school year. Then this happened. He asked if he could pose and was told he could. He asked the photographer if she wanted to take a second photo and she said no.

He felt confident that it was his most epic school photo ever. The picture also showed C. Raven: My favorite sixth grade memory was the book fair!

Kai: My favorite sixth grade memory was sixth grade camp! Peace out, indeed. If someone tells you their gender, accept it and move on. The end. We walked off campus and C. So here we go. Photos: Photos: Raising my rainbow. Hide Caption. How a gender-creative child sees himself — C. Around this time, he drew himself as a boy at school for the first time, which surprised his parents. He did it to hide his true self," Duron wrote on her blog, RaisingMyRainbow. How a gender-creative child sees himself — In kindergarten, C. Story highlights Lori Duron's son is gender creative -- a boy who "wants to be treated like a girl" Duron prefers to let his teachers know early, and to explain how that changes how he learns Pronouns and bathrooms can be sources of anxiety for the first-grader, his mom writes Duron's new memoir, "Raising My Rainbow," published on September 3.

A few weeks ago, one of my mom-friends messaged me a photo of a retail employee stocking bare shelves with school supplies. The caption read, "First sighting of back to school supplies! I can almost hear the ring of that school bell! I couldn't share my friend's uninhibited enthusiasm because there is a bit of dread that grows inside me with the start of every school year.

I'm one of those moms who fight back tears the first few weeks of school -- not because the separation from my children for six hours a day five days a week is too much to handle, but because I fear for the safety and acceptance of my youngest son, C. He is a boy. He knows that and doesn't want to change that, but as he explains it, he "only likes girl stuff and wants to be treated like a girl.

This month, my son will skip onto campus for the first day of first grade wearing girl shoes with girl socks, carrying a rainbow- and leopard-print backpack and a pink lunchbox covered in hearts. There will probably be a miniature Smurfette figurine tucked in his pocket for comfort and a necklace that he hand-beaded hidden under his shirt.

He'll be wearing his "school clothes," which are the most feminine clothes from the boy's section. He saves his skirts and dresses for home.